My Drive to Peace

The dreadful feeling was growing. Sitting in my car at the red traffic light with my hands white knuckled at ten and two o’clock, my heart began to beat faster as the discomfort in my chest tightened. “No,” I thought to myself, “Not right now.” I lifted my right hand from the wheel and wiped palm sweat onto the fabric seat.

Fearful thoughts raced out of control. “Should I wait for my panic attack to end before I drive onto the highway? What if this becomes too overwhelming and I freak out? What if I hyperventilate, freeze, or fail to see the other cars?” I imagined myself crashing into a vehicle and then colliding into the guard rail.

Taking in a deep breath, my shoulders lifted as I held a lungful. With compassion and kindness towards myself, “Calm down,” I exhaled. At any moment, the red light was about to turn green and my emotions needed to be in check. “Liz, you’re a great driver. You’ve been driving safely since you were 16 years old with no accidents. You’ll drive just fine.” I knew that affirmations wouldn’t be enough to win the battle. I had to accept the encouragements as truth, choosing peace and confidence in the midst of the emotional storm.

At that point, a bearded overweight man, mid-40’s, with his arm hanging out of his window drove up behind me in what looked like a spray-painted black Mazda 626. I could hear the loud guitar and bass playing from his car, but the rock band was hard to identify. I immediately felt an increased pressure to “perform” on the highway. “I'll screw up somehow, and he’ll probably flip me off.” That always felt awful.

The traffic lights turned green. “This is it.” My eyes widened and I tapped the pedal with my right foot, but suddenly the panic skyrocketed. I froze.

A loud and long honk erupted behind me.

“Oh God!” I exclaimed and pressed down on the gas pedal. My nostrils tightened as I took in another deep breath. "Breathe..."  The speedometer pointer reached 20 mph…then 25 mph…then 30 mph. "I should've waited for the panic attack to end."

I chose that entrance because the exit was only one mile away. The goal for the day was to drive onto the ramp, merge safely, stay in the right lane, drive close to the speed limit, and exit right away.

Even though I had experienced thousands of panic attacks before that actual day, the symptoms still felt like the first episode. I thought I was having a heart attack, but my doctor said, “There’s nothing physically wrong with you. It’s your nervous system responding to perceived fear. Try to calm yourself in the midst of the symptoms.”

Peace is a journey of a thousand miles and it must be taken one step at a time. - Lyndon B. Johnson

I had completed driving the distance of the on-ramp. Now I needed to merge safely into the lane on my left. The traffic had slowed to a crawl and the black Mazda was practically kissing my bumper. A woman in a red Audi on my left was inching towards me in an attempt to exit the highway. "She doesn't even see me!" I slowed down to make room for her in front of me.

As I pressed on the brakes, I looked in my rear-view mirror only to see the Mazda man hit his steering wheel. He had a few choice words. “Don’t honk at me again,” I begged. My chest still felt like it was going to detonate and the involuntary trembles began.

Ready to merge into the left lane, I heard the abrupt sound of the Mazda’s 4-cylinder engine revving. I jerked the car back and cowered as the Mazda man gunned passed me. I could feel his eyes stare me down. “You’re doing good,” I lied as I held back tears.

About 20 seconds later, “Just pull over onto the shoulder and call your husband.” He had been so supportive of me throughout my panic disorder, such as the day I called a crisis hotline and they recommended I go to an emergency room for relief. That day, I wasn't looking for a quick fix, a pill to solve everything, or an easy answer. I had called a total of 29 mental health clinics to schedule an appointment but could not get in. Every call had one of two similar responses: "We're not accepting new patients at this time," or "The soonest available appointment we have is in three months." I felt so defeated even before getting treatment, and I knew I would be dead within three months if I hadn’t secured help, as I was engulfed in imagining the best way to escape a life filled with depression and anxiety. The only thing keeping me in this world was my son and my husband.

My husband was my angel. When I finally found a psychiatrist on my 30th attempt - located 40 miles away - he took time off of work every week to drive me, even though the psychiatrist was often running hours behind schedule. Sure, my husband would indeed continue to rescue me, but I felt ashamed at the thought of him picking me up along the highway's shoulder. “You need to keep going.”

He who is not everyday conquering some fear has not learned the secret of life. - Ralph Waldo Emerson 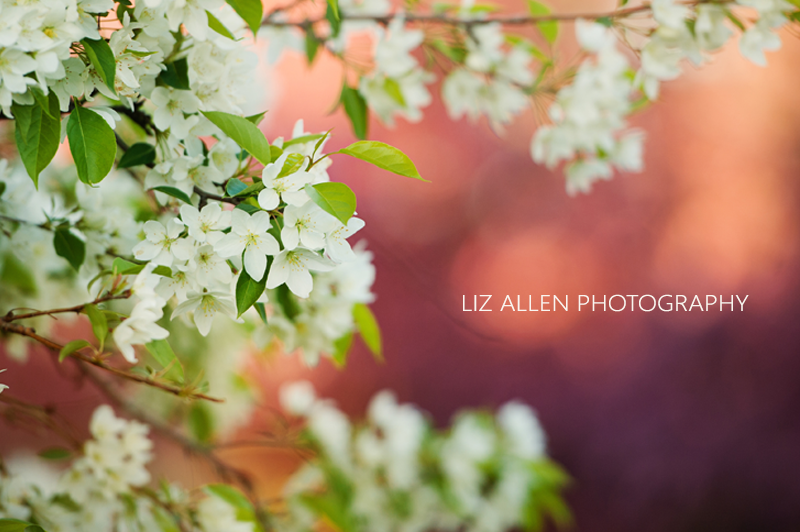 I was able to merge into traffic and my speed accelerated to 45 mph. I had hoped the trembling would decrease as I strengthened the grip on the steering wheel. Instead, the knots in my shoulders tightened more as I passed each meter, and pain shot up my neck every time I shuddered.

A tear welled up and rolled down my left cheek. I was thinking of when I lost my second child; it was a molar pregnancy. This is when tissue that normally becomes a fetus instead becomes an abnormal growth of cysts in the uterus. It was this event that led me to distrust my body. What made things worse was when two weeks later, I doubled over in pain because the surgeon hadn’t scraped all of the tissue out of my uterus. I needed to return to the operating room to have the mole completely removed.

My hand wiped the warm tear away but another three tears followed. Five months after my miscarriage, I had experienced my first panic attack, which eventually became the frightening reality of up to 20 panic attacks in a single day. I was a woman living in perpetual anxiety, terror and depression, just trying to make it moment to moment. I could feel shame creeping in, as I had once been a high-achieving lab tech starting a new sole proprietorship as a photographer to being so lost, confused, and scared. At that point, it had already been three years, and even though I was addicted to self-help books and workbooks, none of them brought me lasting peace. My soul felt broken.

Peace cannot be kept by force; it can only be achieved by understanding. - Albert Einstein 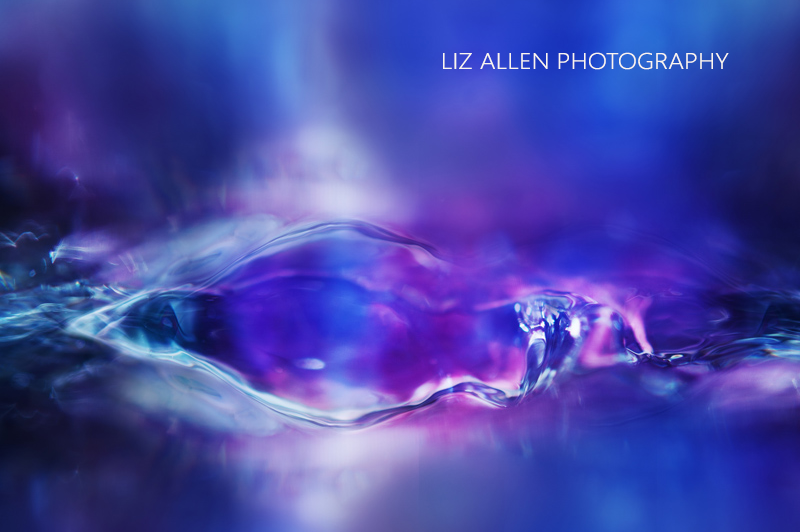 As soon as I started to descend onto the off-ramp, more tears fell from my eyes. I couldn't contain my emotions, and before I could even pull over safely, I began to wail uncontrollably in my car. As soon as I parked, I cried for an hour. The ride was dreadful…it was terrifying…

It was my first time driving by myself in over three years.

I went home, completely exhausted, but determined to take that journey again the next day. That ride was a tiny moment of courage, but it had a significant impact on me. It was the beginning of change.

I would need to muster the strength again to repeat the agonizing one-mile trek. It would feel just as uncomfortable the second and third time driving that mile, but I was hopeful I could overcome my fears, one mile at a time.

And I did. The distance eventually doubled to two miles…and then three miles…and so on. While the symptoms of my panic disorder didn’t go away immediately, each month, they became less and less severe.

Today, I drive confidently everywhere, over state lines for work and hours on my own. I am a photographer full-time, and feel grateful that my livelihood involves capturing and celebrating flashes of life and beauty everywhere. Part of my healing came through the experience of art. Through my camera and the images I have created, I was able to get out of my head and see the world through a different set of eyes...not from a place of pain but from a space of wonder. My current body of work represents the light that I see in life. Light in people, light in nature, light in being. It is a celebration of life and not a means to escape it.

Over that five-year dark period, I learned lessons that led to lasting peace. I realized that while I could rely on my support system - my faith, family, self-help books, therapists, and psychiatrist - ultimately, I had to save myself. I had to face every ounce of fear in all of its forms on my own. Like that one-mile drive, I took hundreds of internal rides to feel the full wave of panic in order to understand how to overcome my fears.

My personal drive was certainly a source of my success, and I'm grateful for having an amazing therapist for leading the way. One of the best programs she introduced me to was Dialectical Behavior Therapy (DBT). This, in addition to having a mindfulness based practice, such as yoga and meditation as part of my daily life, really accelerated the healing.

I also found great serenity trusting that our lives are interconnected by a higher power and there are no accidents. When one believes in this idea, life becomes a profound yet pre-determined path, presenting purpose in every moment. I ask myself, "What can I learn from this moment - this feeling - this interaction - this experience - this fear?" It’s my responsibility to learn the lessons offered to me.

I meet people all the time who struggle with anxiety. It doesn’t surprise me that anxiety disorders are the most common mental illness in the United States, affecting about two out of every ten people. I was asked last week by a teenager struggling with anxiety, “What do you think about when you aren't anxious?” I responded, "I think about how magical life can be. When you do that, you notice beautiful things around you, and how wondrous the world can be.”

My hope is that when others read my story - especially those who experience anxiety like I did - they can feel inspired to keep going. There is power in fully embracing, exploring, and facing one's fears head on. Take those short rides...one at a time. It will feel horrible at first, but the horror will pass and peace can truly be your moment to moment reality.

Interviewed and written by Alyce Renee, Founder of Real & Inspiring