Unforgettable Vegas Memory on the 4th of July

Imagine you’re in Las Vegas at one of the biggest casino-hotels, celebrating on the 4th of July. What comes to mind? Larger-than-life celebrations… partying… dancing… fireworks… you name it. Now imagine, you’re in charge of the safety and security of those people.

I’ve worked in top security positions at various internationally-known Las Vegas hotel-casinos for over 18 years. Our goal in hospitality is always for our guests to leave with amazing unforgettable memories. Being in charge of the safety and security of tens of thousands of lives - both guests and employees, my teams were always on high alert on holidays like the 4th of July, staffing up internal security and adding additional police officers to ensure the safety and security of all people on our property.

One particular 4th of July event will forever remain the strongest in my memory bank. It involved a small group of young men in their early twenties tailgating in the parking lot right before dusk. My team caught them drinking on the security cameras, and I dispatched a few officers on bike to go take care of the situation.

Suddenly, we noticed a big FLASH on the security camera and heard what sounded like a massive explosion. My heart raced as I saw the young men panic in the security camera. “I need four more officers in the parking lot!” I ordered on the radio, as I ran to the scene. It could have been a harmless firework, or it could have been much worse…and my imagination conjured up a number of bad scenarios.

There was commotion as I approached the scene. Two men were angrily swearing at a man, others were hiding alcohol and fireworks, and a few of them were laughing at it all. “Dude, I can’t believe you did that!” one man yelled. “You’re such an idiot!”

There was a man in the middle of the crowd sitting on the back of the pickup truck with his arms and hands slightly stretched out. He looked like he was in pain and definitely in shock.

“Are you OK?” my security officer asked the victim, but he was slow to respond.

It was getting dark, but I could see that the victim’s pants and underwear were completely singed, and his private area was entirely exposed. “Call the paramedics!” I ordered and then radioed, “First aid team, we need you here right now! Bring the foam extinguisher!”

“Dude is such an idiot!” the same friend repeatedly mocked.

“What type of firework did he ignite?” I asked.

“A cherry bomb,” a few of the guys responded at the same time. Cherry bombs are basically TNT sold in a cute parcel form and are notorious for accidents that have mangled hands and even blown off fingers. 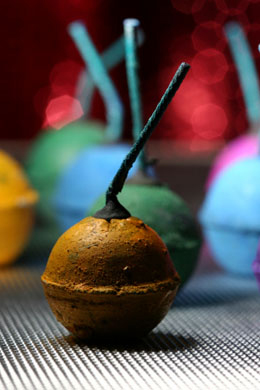 “Yeah, we picked up these cherry bombs and fireworks from out of town,” one friend explained while another one smacked his chest hard, spitting through his sealed lips, “Shut up! She’s one of them!”

“He lit the cherry bomb,” another friend explained, “and attempted to throw it into the parking lot, but it landed on his lap and exploded there!”

The victim finally cried out, “And I can still feel it burning!”

“Here,’’ one friend advised, “Dump some of this beer on his lap.”

“NO!” I ordered. “The firework could have magnesium!” Water poured on magnesium could have been like pouring gasoline on fire.

By now, the first aid team was approaching. They immediately took out the foam extinguisher, and began to cover the victim’s entire lower region with thick white foam.

“I can’t believe I did that,” the victim said while nervously laughing. “I’m such an idiot,” he added, shaking his head. He was embarrassed and I could hear in his voice that he was still in pain, but I felt a sense of relief hearing him laugh and make fun of it all.

“Yeah,” his friend interjected, “now that his bush ain’t on fire!” he joked. The boys busted out laughing, and continued to poke fun about blowing off his private parts.

The victim rolled with his friend’s punches. He was incredibly calm and was laughing a little, but I wondered how extensive his injury was. I knew based on the area of his singed clothing and his charred skin that he had at least second degree burns and was still in a lot of pain.

I tried to divert his attention from his pain. “Yeah,” I joked, “you just had to make this 4th of July unforgettable, right?” He laughed and we bantered back and forth until the paramedics and police arrived.

The paramedics needed to treat the wound immediately and placed the patient on the stretcher. “We’re going to need to take off your clothing,” the paramedic informed.

The victim whimpered and kept looking down at his private parts while the paramedic cut off his pants. I overheard one paramedic instruct the other to slow down, as the patient’s skin was being pulled off with the fabric. You could tell by the look of the victim’s face that he was in excruciating pain.

When his pants were completely off, he laughed nervously and asked, “Are my jewels still intact?”

“Well…” one paramedic responded, “…we’ll get you to the hospital right away to assess your injury.”

“Yeah?” the victim prompted, wanting to know more. “So?” He looked back down at the injured area.

“Buddy,” the other paramedic informed, “based on what we can see right now, it looks like everything’s still there…”

The victim’s head rested down on the stretcher and he sighed in relief. “I still got my jewels,” he joked with a twisted smile.

“Yeah,” a friend interjected, “…you could have lost your manhood today!” Everyone, including the victim, broke out laughing again.

As the paramedics lifted the patient into the ambulance, he gave his friends a thumbs-up, and added, “I hope it still works down there…”

While fireworks are a ton of fun and can be the best part of the 4th of July, I always like to remind everyone to have fun but be safe and smart! No amount of fun with fireworks is worth losing a few fingers…or as the victim could have lost…a few jewels. 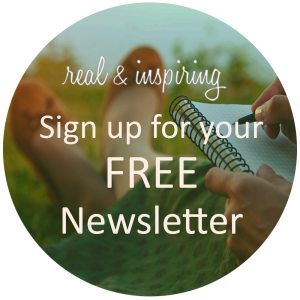