How Adversity Made Me Stronger

During World War II, the Empire of Japan occupied the Philippines from 1942 to 1945. I was only four years old when my village was decimated. I remember the first time I heard the terrified screams of our neighbors, “The Japanese are coming!! Run!!”

Papa quickly grabbed my 2-year old sister Teresita and firmly commanded us to follow him. My mother carried my 1-year old brother Romulo. My 7-year old sister Alice and I ran as fast as our legs could take us through the yards of our neighbors, the swampy wetlands, and into the tropical forest. Along the way, I saw the Japanese mercilessly kill others. The sound of chilling cries in the face of death at the hands of the Japanese will never escape my memory. It was the most horrifying display of human cruelty I had ever seen.

We ran until I felt like vomiting. When my dad found sizeable gaps within a large root system of century-old trees, we hid there for hours without a sound. Tears quietly rolled down my eyes as I tried not to breathe heavily, and Mama comforted the babies in hopes they’d stay quiet. That was the last time we saw our home.

We were on the run like this for about two and a half years with other families most of whom were our neighbors. We had no more than fifteen people in a group at one time, as we migrated primarily along the edges of mountains. Unfortunately, the Philippine islands were swarming with Japanese soldiers, so we weren’t able to stay in any given place for very long. Every time I heard the distressing words, “Nendito na sila!” [“They are here!”] we ran for our lives.

I witnessed countless killings and slayings with bayonets. I watched pregnant women get cut open and their unborn babies crushed. I overheard the cries of women who were being gang raped before their deaths.

Alice and I typically hid together in large bushes or in wetland vegetation. Sometimes, we’d have to submerge ourselves completely under water by planting our feet in the mud to hold us down and breathe through straw-like water plants for long periods.

During the war, I don’t know how we were able to live through the ongoing traumas, but it eventually became a normal way of life for us. Finding food was our continuous challenge, but we grew competent in finding frogs, trapping birds, and safely killing snakes. My favorite pastime was fishing.

I would never wish starvation upon anyone.

I felt extraordinary relief and appreciation for life every time our family was able to escape the Japanese. Astonishingly, my little sister Virginia was born in November of 1943 during the war. It was truly a miracle that all seven of us were able to stay alive and survive during the two and a half year period.

In July of 1945, the Empire of Japan finally surrendered after the A-Bomb was dropped in Hiroshima and later in Nagasaki. I will never forget the feeling of deliverance and celebration at the end of the war. But the rebuilding of our country and communities was not easy. Our family decided to settle in Granada city near Bacolod, where Papa continued his profession as an elementary school math teacher. He built our nipa hut with his bare hands from scratch, chopping down bamboos for the structure of the home, assembling coconut leaves for the roof, and using other natural materials for the remainder of the house. Alice and I would later in life joke about how we had air-conditioning, because we always felt the breeze come through the bamboo floor and wall cracks between the nipa leaves. 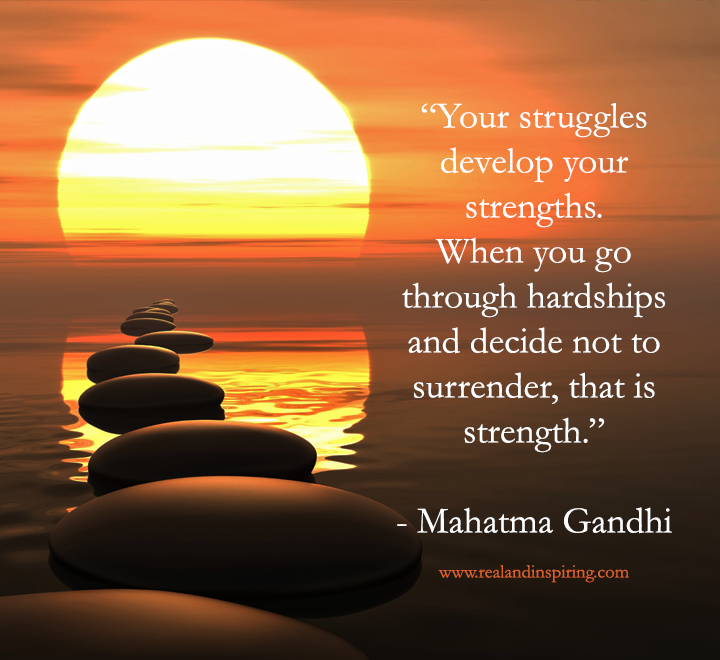 When I was eight years old, my dad came down with the flu. When he didn’t get better, a local doctor informed my mom he had pneumonia. I didn’t know how sick Papa was, but I observed my mother crying and praying at his side for days. There were no antibiotics then. The only medicine we had for him was our hopeful prayers.

One night, I woke up before sunrise, and something compelled me to walk to my parent’s room. My dad appeared happy and at peace while sleeping. When I got closer to him, I saw that his chest was not rising and falling. He was no longer breathing.

My mother wailed when I woke her up to inform her that Papa was dead. Somehow, I mustered the inner strength to wake up my other siblings as well.

Without Papa, we had to find new ways to survive. We did not attend school. Instead, we grew vegetables on the land around our home, and every Wednesday, Alice and my mom walked 10 kilometers carrying vegetables in baskets on their heads to sell our weekly harvest. My mom set up a small stand to sell other items that she was able to purchase cheap and sell for a small profit. From the money she made, she bought meat and food for the family to last us the remainder of the week. Like so many days during the war, we had to continue to fend for ourselves. Alice, Romulo and I never stopped finding frogs, fishing in the river, and trapping animals.

Leaving my family was almost more heart-wrenching than losing my father. I had to say good-bye to not only my mother, but also my four siblings.

Tita Consuelo and her husband did not have any children, and they were strict disciplinarians. Living with them was succumbing to a different kind of fear and hell. The story of Cinderella had all the same themes. I was treated like a maid and forced to work as one of the other servants.

At the age of 9, I began my work as a maid. Every minute of my life was controlled by my aunt and uncle. At 4:00 am, I woke up and began my chores of cleaning and scrubbing the floors. At 5:00 am, I began cooking breakfast with the other maids. At 6:00 am, I walked to the market to pick up fresh food. At 7:00 am, I would shower and get ready for school.

After school, I’d watered the plants in and around the exterior of the house for an hour. At 5:00 pm, I’d cook dinner with the maids. After dinner, I washed clothes by hand and helped clean the dining room and kitchen area. If I had time before going to sleep, I would try to squeeze in homework. For the most part, I didn’t have the capacity or energy to do school work at home. I had to ensure I finished my assignments during class and make sure I retained the subject information in the event of quizzes or tests.

This was my life for nine years. My aunt and uncle were verbally and psychologically abusive to me, especially when I didn’t follow their rules. I made sure I completed everything they ordered of me without complaining or showing an ounce of defiance.  I felt no affection or love from the two of them. Though I was grateful they provided me clothing, food and education, I never felt like they truly cared for me. When my little sister Virginia came to live with us a few years later, they showed love and affection towards her, gave her nice clothing and refrained from giving her chores. Perhaps it was because she was younger. While I cleaned and cooked for hours with the maids, she took piano lessons and was treated just like their own daughter.

The highlight of my week was when I saw Mama on Wednesdays at the market. She’d help me find the items on my food list and give me advice on how to cook. I would cry whenever I said hello to my mom and cry again when embracing her farewells. I felt tempted to run away and live with her every Wednesday I saw her, but I knew I had to stay with my aunt and uncle in order to continue my education.

At school, nobody knew the nightmare I was living. I kept my life completely private, never speaking a word to anyone. I was outgoing, always getting involved in extra-curricular activities like dance, theater, and student council. When I graduated, I was the 11th in a class of 611 students. I experienced my second liberation when I moved into the dorm at the University of the Philippines to attend the College of Nursing. That’s when my life began. 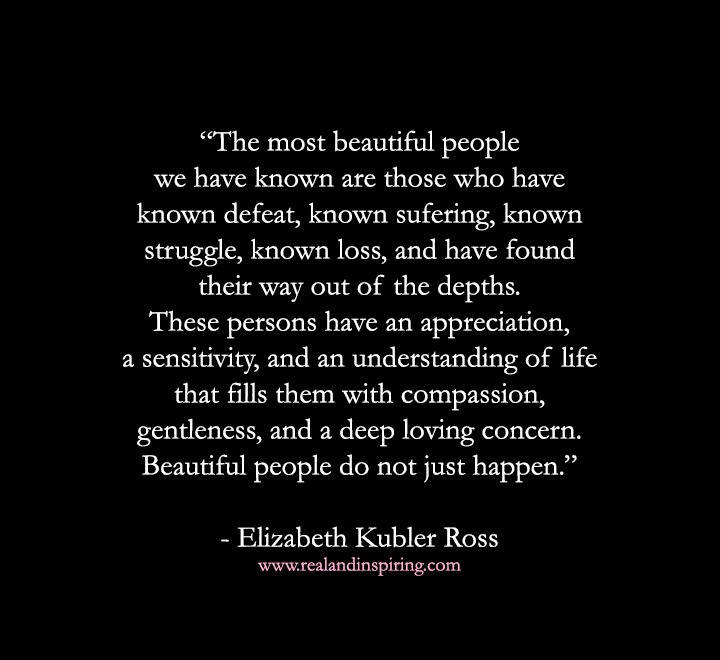 In four years, I graduated and was proud about the high score I obtained on my board exam. Soon after, Alice convinced me to follow her footsteps of participating in an American nursing exchange program. I was successful in getting employment as a nurse in America. The day before I stepped on a plane for New York City, I secretly married my husband Nelson, who would graduate from medical school soon after. I moved in with Alice in Jersey City, NJ. My husband and I lived apart for eight months before he joined me in America as a medical intern in 1963.

It has now been over 50 years since I moved from the Philippines to America. I am now a retired nurse in Minnesota after having a career in nursing, being a partner in my husband’s internal medicine practice, and venturing into small business ownership with two retail stores in suburbs of Minneapolis. I’ve been happily married for 54 years. We have five children, 15 grandchildren, and a great grandchild on the way.

Even though my life started so late and I experienced agony and heartache at such a young age, I kept carrying on, hoping for a brighter future. Over the years, through the sadness, I still remained satisfied with what life dealt me, because surviving was something for which I was immensely grateful. But no matter what, I always played my cards to win, and I always made the most out of life.

I want to encourage all readers to know that life must and can go on. The pain and horrors of life can give you a greater appreciation for life. I believe that some of the most authentic, real, and compassionate people of our world are the ones that have felt the most pain and disappointment in life.

We must never let the grief and sorrows of life control us. There’s a time and place to grieve, and there’s a time to move on. Life is too short to relive pain from our past. It’s better to be grateful for what we have…and be grateful to be alive!

I hope my life can be an inspiration and demonstration of how adversity can make us stronger if we choose. Because my siblings and I survived going to hell and back, and because I witnessed so many other Filipinos surviving unthinkable atrocities, I do believe in the extraordinary resilience of people to overcome great hardship and odds.

I believe in you.